What Is Native Advertising?

Native advertising is the term used to describe paid advertisements that are displayed on websites other than your own. The content offered does not therefore come from the website operator himself. A special feature of Native Advertising is that the advertisement fits into the existing design of the website on which it is played. It therefore fits into the native environment. This is where the name Native Advertising comes from.

Thanks to the mostly editorially appearing contributions or advertisements, these are often not recognized as advertising at first glance. The transition between advertising content and editorial content is therefore skilfully concealed and blurred for the user. As soon as the ad is clicked on, the user is automatically redirected to the website of the advertising company, where usually very high-quality content in the form of pictures, graphics and videos is intended to address and inform the user in the best possible way. Native ads are therefore intended to offer the user real added value.

Compared to classic banner advertising, native ads primarily increase the visibility of the ads, which means that the message can be delivered to the consumer even more efficiently. But that is not the only advantage. Native ads also often bypass the otherwise critical ad blockers. This in turn increases visibility and makes native advertising one of the most popular forms of advertising currently on the market. It should be noted, however, that in Germany every ad must be marked. This means that in the end, even with native ads, an ad must be marked as advertising for the Internet user.

Native Ads – Not So Good?

Native advertising has without question positive effects. These include increased visibility and the provision of high-quality content, including added value for the user. However, there are also views on Native Advertising that suggest that the boundaries between advertising and editorial content are becoming increasingly blurred. This can ultimately lead to a loss of trust among users if they unknowingly and unwillingly clicked on an advertisement because the labeling was insufficient.

Whether or not native ads should be set up as part of your own online marketing strategy is up to you. Many good examples already exist where this type of advertising works. One of these is Amazon, for example. But also at Google or in social networks like Facebook, native advertising is already used by many companies. More details will be explained in the following sections.

Social networks such as Facebook, Instagram or Twitter offer companies the opportunity to distribute their content free of charge to the users of these social networks. However, those who want to be discoverable beyond the organic reach have to place paid posts in the form of advertisements. This is where native advertising comes in. Facebook can play out targeted articles in the timelines of suitable users. If these now fit into the look and feel of the page and are relevant to the content for the users, the post is highly likely to be clicked, as it is hardly distinguishable as an advertisement from a real article. As a rule of thumb, the more the ads or native ads look like posts from subscribed channels, the more likely they are to be interacted with.

However, native advertising has long since arrived in search engine marketing. Particularly with the search machine Google is noticeable with a closer inspection that with a search usually, the first three results carry the badge “indication”. So these are nothing else than advertisements. From the presentation, the Google AdWords text advertisements can hardly be differentiated however without marking from organic search results. For example, if you search for a fan, these are the first search results on Google:

Similar to the search engine Google, Native Advertising can also be found and applied on Amazon. The Sponsored Brand, formerly Headline Search Ad, and the Product Display Ad function here as a classic form of banner advertising, which for the user on Amazon also clearly appears as advertised content. Native advertising, on the other hand, can be carried out primarily with the sponsored products. Similar to Google, sponsored products, i.e. ads, usually appear in the first results of a search on the Search Engine Response Page on Amazon. If you take the example of the fan again, the following search results appear first, directly below the sponsored brand and above the organic search results: 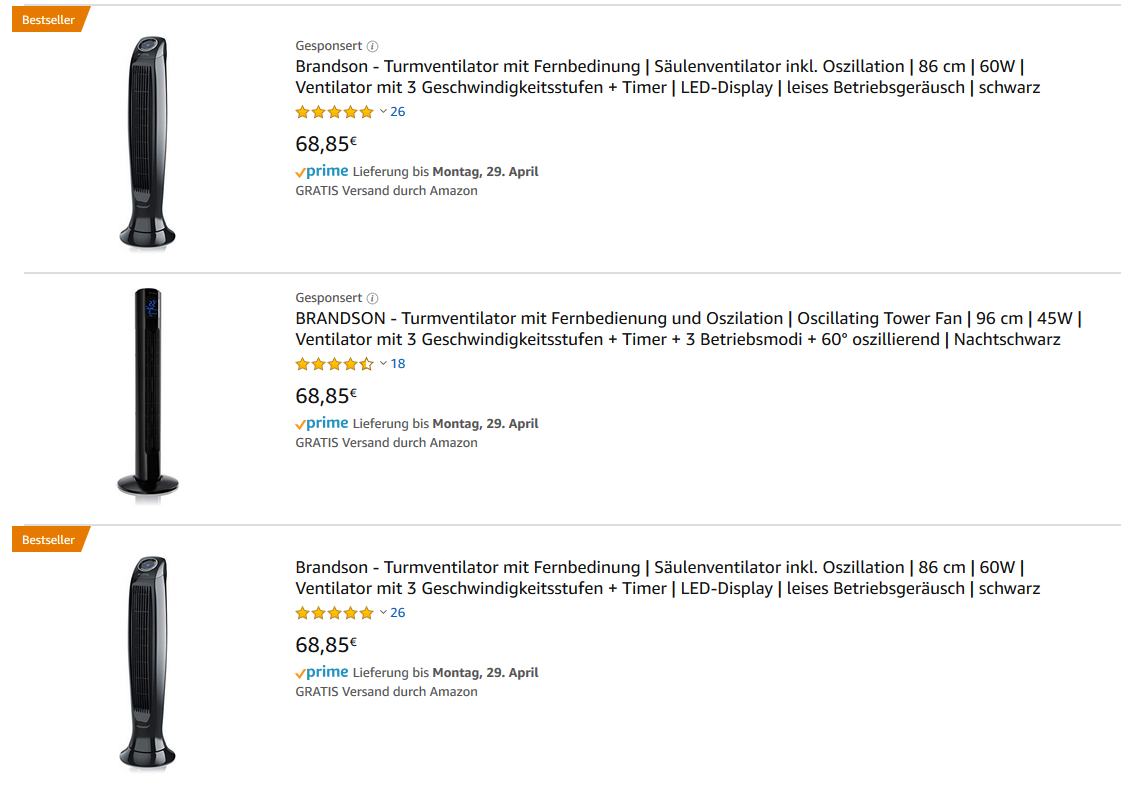 Apart from the first hits, however, sponsored products in the style of native advertising are also played out between the organic search results. This can be recognized on Amazon by the small badge “Sponsored”: 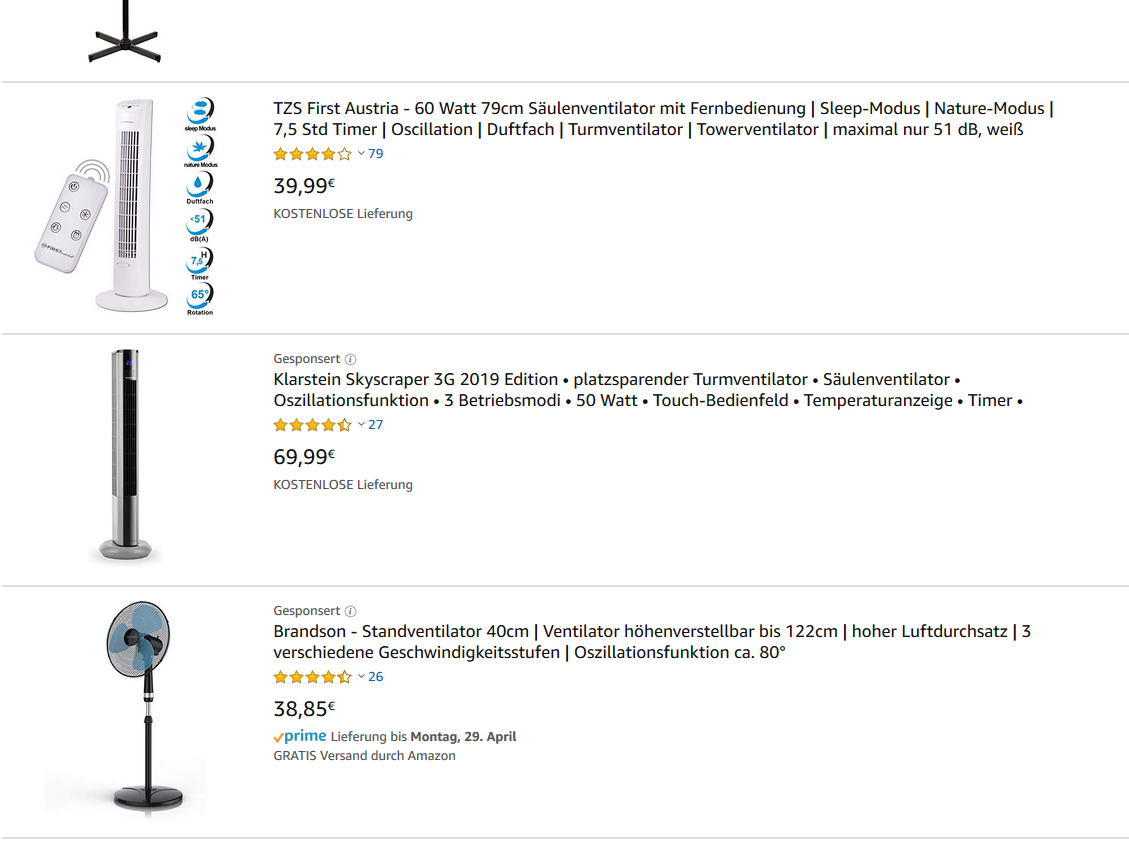 With these two examples, it becomes clear relatively quickly how much the sponsored Product Ads fits into the existing design and as an advertisement can hardly be distinguished from the organic search results.

Especially when launching or introducing new products, the use of sponsored products on Amazon is worthwhile, as the visibility is significantly increased. If you only rely on the organic range for new products, the visibility is often very low. In addition, Sponsored Products offer the advantage that both vendors and sellers have access to the Amazon Advertising Console and can therefore place Sponsored Products. In case of open questions or if you are looking for support for PPC campaigns, intomarkets can provide comprehensive support as an Amazon agency.