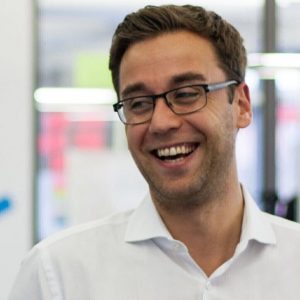 In the field of Amazon marketing, Ronny Marx is one of the pioneers in the German-speaking area. With the founding of the tech startup ShopDoc in 2015 and the founding of intomarkets in 2016, as well as the publication of the first German-language Amazon SEO video course, he helped create the foundations for the German Amazon services market. In addition, in May 2016, he published one of the first German Amazon reference books entitled “Amazon SEO Code,” which has already sold over 2,000 times.

While building his Hamburg-based Amazon agency intomarkets, he established merchantday as one of the largest and most important conferences in Germany, focusing on e-commerce, marketplaces, and Amazon. In addition, Ronny is on stage at many important e-commerce conferences as a keynote speaker 10-15 times a year in Germany. He also teaches as a lecturer at the leuphana University in Lüneburg and the University of Applied Sciences in Hannover.