In-App advertising is a popular monetization strategy for app developers, in which app creators get paid to serve ads on their app. Several forms of advertising are displayed inside the app. When the user clicks on one of the advertisements, they are automatically redirected to the advertiser’s website. As users spend more and more of their time in apps instead of other media, the relevance of in-app advertising becomes indispensable. Besides, apps are the ideal platforms for advertisers, since apps are very closely linked to the personal habits and preferences of individual users. Also, apps offer the possibility of geo-targeting and data tracking, which eases the targeting of a specific group. A further advantage of In-App Advertising is that users are usually intensively involved with the app and therefore perceive advertising deeper than, for example, with television, where advertising is almost entirely hidden, and people are occupied with other things in between.

What are the advertising formats for In-App-Advertising?

Banner ads are not only prevalent in classic online advertising, but also in in-app advertising where they are featured in almost every app, mostly at the top or bottom of the screen. There are various types of banner advertising, most of which are static and dynamic. Banner advertising can be used to increase awareness, increase sales, or for pure branding purposes.

Rich media ads are ads that allow the app’s user to interact with the advertising. Often video or audio elements are included in the advertisements. The ads can, for example, appear in-game apps and invite users to try out new apps in mini format to catch them.

Interstitial ads completely fade over the content of the app for a short time, causing a brief interruption. Interstitials are often used in-game apps and are displayed when a level is finished. They are very popular among advertisers because they allow the whole screen to be used as advertising space.

Video ads are often displayed as pre-, mid-, or post-rolls, before, during, or after a video, interrupting the current format for a more extended period. With this form of advertising, the danger is particularly high that the user closes the app if the ad is placed too often or not appropriate.

In-App-Advertising in connection to Amazon

Of course, in-app advertising also occurs frequently in connection to Amazon. There are advertisements from Amazon in other apps as well as advertisements in Amazon’s app. All Amazon merchants, whether Amazon sellers or Amazon vendors, can use and place these advertisements. In the Amazon app, you can see and use the advertising media commonly used in Amazon as sponsored brands, sponsored products, and product display ads. Other apps typically display banners, but interstitials are also presented from time to time. Furthermore, users can also view classic TV commercials as a video ad on platforms such as Facebook or YouTube.

If you are looking for full support on this area, the Amazon agency Intomarkets comes in handy. We help sellers and vendors to always be in the focus of potential buyers through targeted Amazon advertising on all end devices. 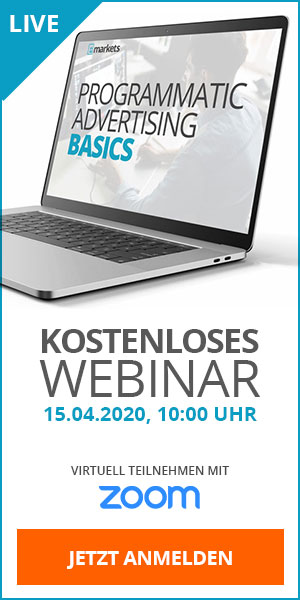